Qt’s Graphics View offers a way to manage and handle a large set of programmer defined graphical elements. The Graphics View architecture consits of a scene represented by a class QGraphicsScene and the items represented with subclasses of QGraphicsItem. The scene and its elements are made visible to the user by showing them in a view defined by QGraphicsView. One scene can be viewed through several views. 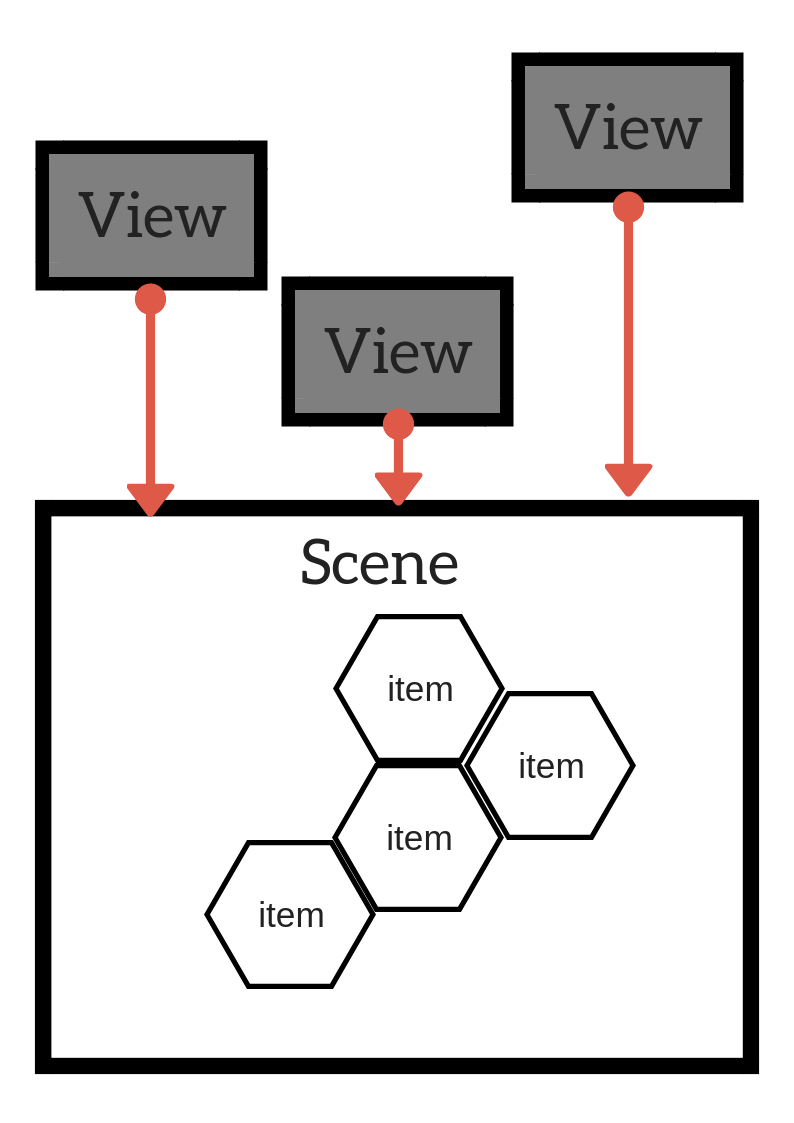 The role of QGraphicsScene is to act as a container to a collection of graphical elements. It’s responsibilities include:

The scene acts as a cointainer to elements, which are objects of the type QGraphicsItem. An element can be added to a scene by calling QGraphicsScene::addItem().

IT is usually necessary to implement a paint function paint() to programmer defined elements. Similarly a bounding rectangle for the outer limits of the elements is defined by implementing boundingRect(). This is used to decide if the element needs to be redrawn. In addition, an element can have a separately defined shape shape(). However, the bounding rectangle is always a rectangle.

Graphics View is based on the carthesian coordinate system. The location of an element in a scene is defined by its X and Y coordinates. According to Qt’s coordinate system the X-axis grows from left to right and the Y-axis top down. Hence the starting point 0,0 is locates in the left upper corner.

Vuew coordinates are the coordinates used in the view widget. The scene shown does not affect this coordinate system. The left upper corner is always 0,0 and right lower corner is width, height. All mouse events and drag&drop events are received in view coordinates and need to be transformed into the scene to interact with elements.