The course project is done in groups of two. The course staff provides functionality that must be used in the project.

The goal of the project is to implement a game – named NowItWent – where the busses and passengers moving around downtown Tampere act as a part of the game. You can affect the game you will implement in many ways.

When starting the program a settings dialog is shown. After entering the setting the program moves to the main window of the game where the map of downtown Tampere is shown as the playing field. On the map the busses, bus stops and the players playable figure are shown.

In the game, the busses move around the city in real time according to real bus lines and timetables. The passengers get on and off the busses at the busstops. The player controls the playable figure that can interact with the other actors in the game. The figure can be for example a passenger or a drone flying over the city. The final goals of the game are left to the student development team to decide. The game can be e.g. a zombie apocalypse adventure or a city challenge. A new transport type can be implemented into the game.

The game contains ready-made parts. These are the busses and basic passengers and the logic that moves them about town. The team needs to implement the functionality for the city itself, the playable figure and the main window. Below a rough example of what the GUI of the game might look like: 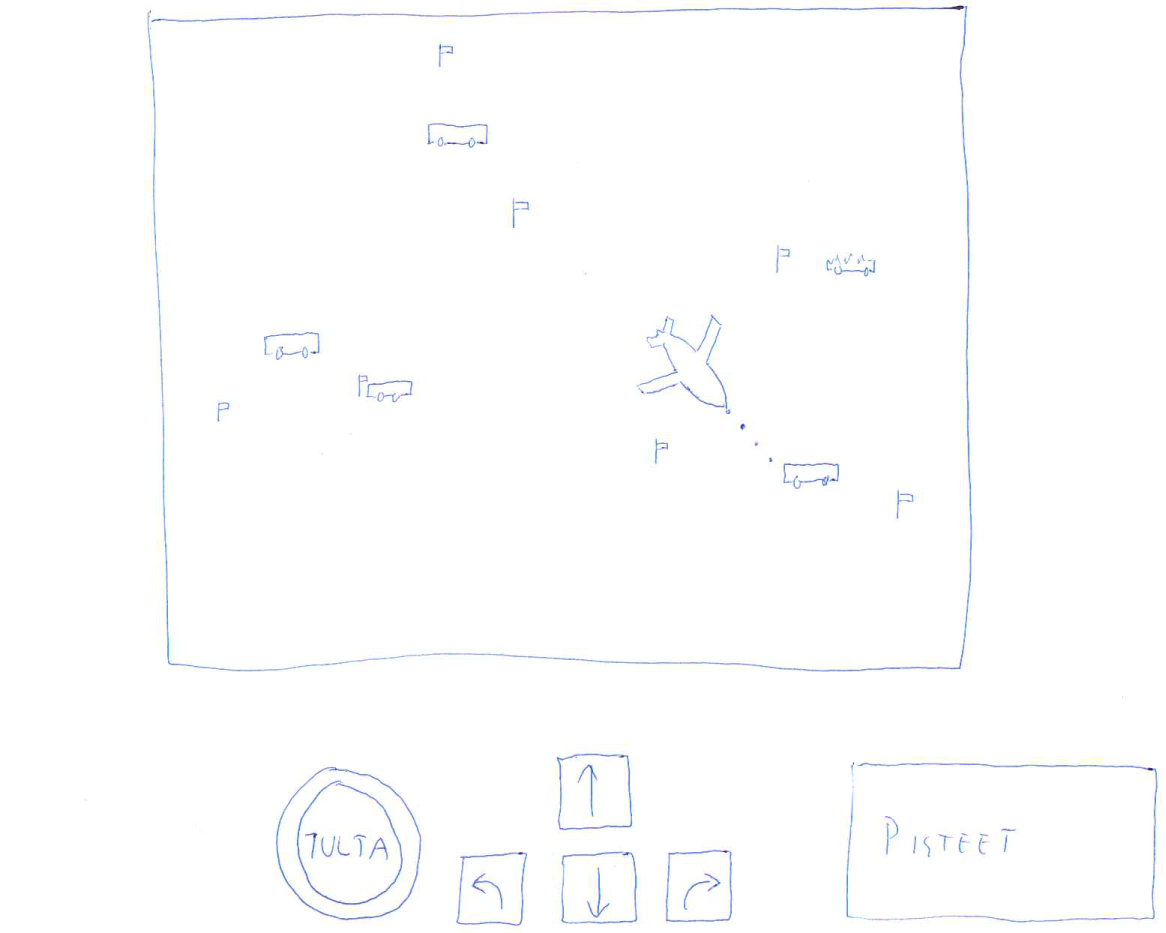 Many details of the game are left intentionally open and you can implement them as you wish. These include:

The following order of actions depicts the start and funtionality of the game. This is an example. Your game can be different from what is depicted here.

You practice the following things:

The features listed below do not need to be implemented but a good implementation is worth an increase in the gradfe. Each additional feature is worth 0,5 grade. The effect of a feature can be increased if it turns out to require more work than expected. In order to get the grade increase, the feature must be documented in the submission. The people grading the projects do not look for features from the code.

The working environment is in GitLab. Each team has a repository named based on the name of the team. It is worth to note that some team names were adjusted to match suitable names for a GitLab project. The parts implemented by the course are given also through version control.

The relevant classses in the program. 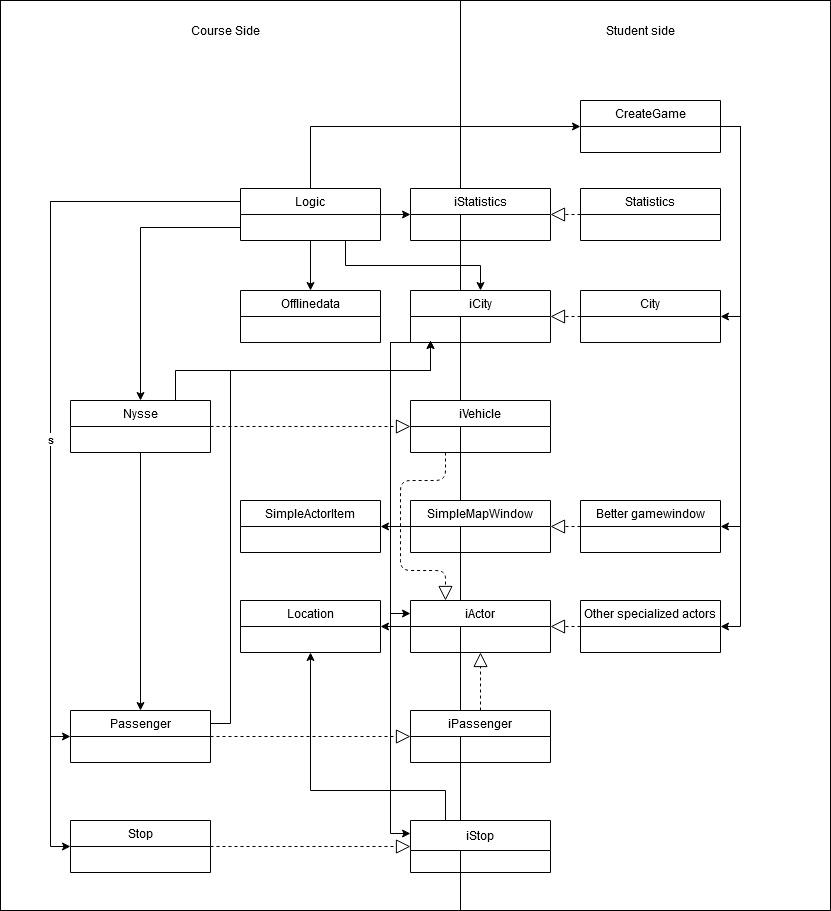 NOTE! The part depicting the students’ implementation is completely fictitious. There can be (and should be) more classes and there relationships can be completely different.

You can generate the Doxygen documentation of the interfaces directly from the project. Read the README for more information.